Converts an antenna terminated with an SMA malle to QMA male.

The QMA Connector was developed as snap-on locking replacement for the standard SMA connectors. This connector has the same internal construction as an SMA connector and exhibits similar RF performance characteristics and mechanical durability. The main difference is that QMA connectors feature a 360º rotating snap-on locking interface that is quick to install, has low RF leakage and is tool-less.

QMA connectors are most commonly used in cellular base station hardware, SCADA radios, and a range of wireless test equipment. They are also suitable in military hardware such as radar and satellite systems, where durability, strength, and quick-disconnection features are desired. 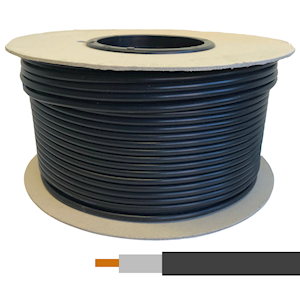