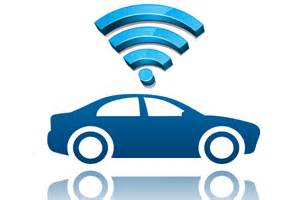 The concept of connected cars is becoming commonplace in automotive sector with digital technology making inroads into the sector to enhance the in-car experience. Connected car is a vehicle which can optimize its own operation and maintenance thereby enhancing comfort, convenience, performance, safety and overall user experience. These cars consist of devices and technology that connect to other devices within the cars or outside of them and are able to connect to network or services outside the cars facilitating real-time interconnectivity. Automotive digital technology for long has traditionally been focused on optimizing the vehicle's internal functions with the application of computing technology, but now attention is shifting towards developing the car's ability to connect with the elements outside the vehicle. Car manufacturers and service providers are offering powerful network connectivity with the help of various devices such as sensors on varied platforms such as Machine-to-Machine (M2M) connectivity platformto promote interconnectivity in between two connected cars. Whether it is through an integrated modem with 4G/LTE technology buried beneath the dash or a high speed connection to private cloud, manufacturers are integrating a myriad number of car connectivity features & functionalities to gain a competitive edge over others. AT&T Inc., an American multinational telecommunications corporation, is offering on select car models 4G LTE connectivity- considered to be most reliable & strongest network technology on the wheels so far. Connected cars are rolling as 4G Wi-Fi hotspots, with automobile manufacturers trying to include these in the standard features and price. With unlimited 4G LTE internet access on the go, users can stream content to other devices offering numerous entertainment and utility apps. Vinli, a maker of a connected car system, has recently revealed its plans to lure developers to its platform with a promotion that will give developers 1 billion free API (Application Program Interface) requests each month for five years totaling to 60 million free calls. Safety and peace of mind are vital aspect that users of connected cars desire. As some industry experts correctly opine that the, actual experience of a connected car should extend outside the car. Automatic, a start-up firm, in an effort to enhance the experience of connected cars hopes to bring the automobile into the app age by launching APIs, SDKs for different connected car platforms. At least a dozen of partner companies have integrated their services into Automatic's platform, which offer a host of functionalities that can help drivers track mileage expenses, automate routines based on their daily driving behavior. By 2020, integrated solutions are expected to occupy around 45% of the market share driven by consumer freedom of choice in customizing their connectivity devices and data plans. With ample opportunities in connected car segment, the market is estimated to generate a revenue of $141 billion by the year 2020, pegged to grow at a CAGR of 32.7% during the forecast period (2014 2020) as per a recent report. The fact that the connected cars market has immense growth opportunities does not insulate it from market challenges in terms of dominant security and privacy concerns, which will hamper its rapid adoption. New car buyers have genuine concerns that their cars will be hacked and essential system such as brakes can be easily manipulated. What makes the connected cars open to such vulnerabilities? The difference in lifecycles in the automotive and the mobile industry creates gaps leading to serious challenge for the future of connected cars. New features, such as operating system upgrades and applications, essential for car connectivity can be provided constantly for the smartphone, whereas automobile manufacturers mostly work on five-year cycles. The gap can be addressed with the combined cooperation between automobile and mobile manufacturers. In fact, the key market players have already begun to address such concerns by entering into partnership and collaboration. For instance, Chrysler, for example, is partnering with Sprint Nextel to connect cars like the Dodge Viper €¦ General Motors selected AT&T as its mobile partner, as revealed by Forbes. New ownership models, such as Zipcar's, the world's largest car sharing and car club service will further fuel the growth of the market. Such models portray a future where the vehicle you use knows who you are, who is in the car with you along with finely distributing the cost of ownership/usage seamlessly. Creating awareness among the end-users about the advanced connectivity functionalities is another significant factor to foster the adoption rate of the connected cars. Services such as the Internet of Things will offer new opportunities for connected cars market. It would not be a market gimmick to say that in order to create a successful connected proposition in connected cars, it's important to think in terms of the connected driver not the connected car€. A different approach to connected cars which takes into account all aspects such as significant cost reduction, integration of various platforms and innovative ownership models, will boost the market growth.
Source: M2M World News