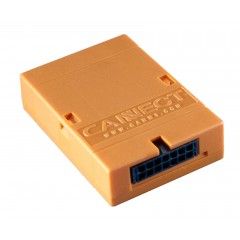 The CANM-PARK interface provides 2 cusomised Speed Dependent Output, specifically for the control of Front Parking Sensors from the vehicle CAN Bus. A 12v controlled output is generated by the interface as speed is detected and switched off while the vehicle speed is above approximately 6 MPH.

Some vehicle CAN Bus systems do not produce speed data until shortly after the vehicle has started to move. Where this is the case, an alternative  12v control output is available, that is always on a standstill and switches off at speeds in excess of 6 MPH.

The PARK interface also features a negative control output* which can be used to power a front parking sensor system for forward motion use only. This has the effect of disabling the front sensors while the vehicle is reversing so as not to create confusing tones from front and rear sensors at the same time.

In addition to the 2 speed dependent outputs available, a standard speed pulse signal is also provided and a 12v reverse gear output is available to many applications*

CAN bus (for controller area network) is a vehicle bus standard designed to allow microcontrollers and devices to communicate with each other within a vehicle without a host computer.

CAN bus is a message-based protocol, designed specifically for automotive applications but now also used in other areas such as aerospace, maritime, industrial automation and medical equipment. 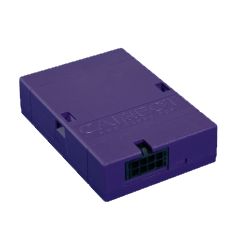 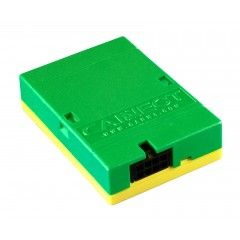